Patrick Lavon Mahomes II was born on September 17, 1995 in Tyler, Texas. Mahomes played for Texas Tech University for three seasons from 2014 to 2016. He was drafted by the Kansas City Chiefs in the 2017 NFL Draft as the 10th overall pick.

In 2018, during his second season in the NFL, Mahomes started in 16 games as the quarterback for the Chiefs. He had a completion rating of 66%, passed for 5,097 yards, and scored 50 touchdowns. He led the Chiefs to a 12-4 record that year and was selected to the Pro Bowl, First Team All-Pro and named 2018 NFL MVP.

Don’t miss out on this profitable investment opportunity! 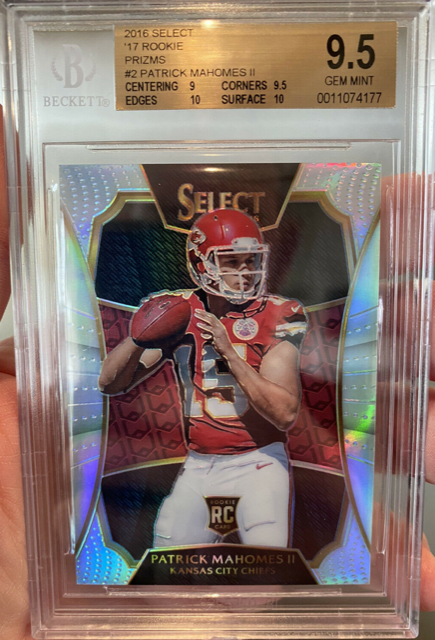 Want alerts when a new PRIVY asset is released?

You can find out more about which cookies we are using or switch them off in settings.

This website uses cookies so that we can provide you with the best user experience possible. Cookie information is stored in your browser and performs functions such as recognising you when you return to our website and helping our team to understand which sections of the website you find most interesting and useful.

Strictly Necessary Cookie should be enabled at all times so that we can save your preferences for cookie settings.

If you disable this cookie, we will not be able to save your preferences. This means that every time you visit this website you will need to enable or disable cookies again.